← more from
Unday Records
Get fresh music recommendations delivered to your inbox every Friday. 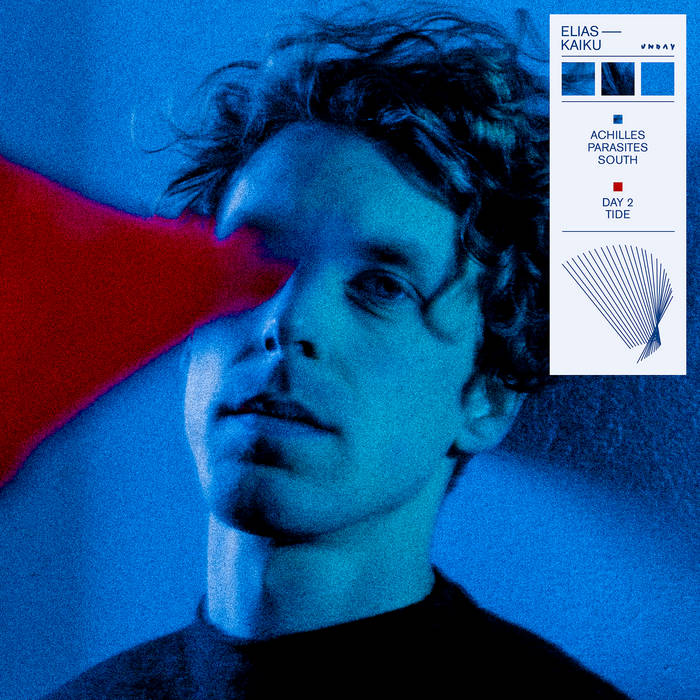 Belgian drummer / songwriter Elias Devoldere has been playing clubs and festivals across Europe with several prominent bands (Nordmann, Sumi, Hypochristmutreefuzz, John Ghost, Hast…) for the past ten years. He was also invited to create soundtracks for dance performances and theatre quite often, which in hindsight turns out to be the starting point (and inspiration) for his upcoming solo debut.

In Nordmann, Sumi and Hypochristmutreefuzz, Elias already had a fair share of the writing and arrangement credits. He mainly gets his energy from creating music together and never settles for the supporting role that is often reserved for drummers. Therefore it was just only a matter of time before he would be sharing his own ‘solo’ music with us. While working on a dance performance in Finland (2018), the first sketches for Elias' debut ‘Kaiku’ emerged: well-crafted songs, sung with a longing, melancholic voice, driven by Elias’ sumptuous drumming. Volatile chord progressions create this enticing yet sinister soundscape ... as if Wim Wenders were directing an episode of The Bridge.

For this project, unpretentiously named Elias, Devoldere composes music that is intuitive, personal and highly visual. Elias' approach is cinematic, he’s always on the lookout for images that move him, but instead of capturing them on photo or video, he turns these pictures into music. Like a poet playing with words to describe the inexplicable, Elias becomes the movie director who sculpts through music.

This time Devoldere wrote all of the music and lyrics - yep, the drummer’s also a singer - and played nearly all instruments on the album. No compromises on ‘Kaiku’. This time, all we hear is Elias Devoldere himself, raw and pure.

For the live band however, Elias put together a dream team, an eclectic mix of Belgium's finest: Dries Geusens (Nordmann), Cyriel Vandenabeele (Sumi) and Jesse Maes (Sophia, Hypochristmutreefuzz, Mooneye) will join him on stage. Moreover, this live band will interpret rather than reproduce. The 5 songs on "Kaiku" are not a final destination, but the mere starting point for an adventurous trip.

Elias' impressive debut EP ‘Kaiku’ will be released on Unday Records (Nordmann, Dans Dans, Millionaire, Trixie Whitley…) after the summer. The five tracks were produced by Elias and mixed by Jasper Maekelberg.

Belgian drummer/songwriter Elias Devoldere has been playing clubs and festivals across Europe with bands such as Nordmann, Hypochristmutreefuzz etc. He was also invited to create soundtracks for dance performances quite often, which in hindsight turns out to be the starting point for his solo debut. For this project, named Elias, he composes music that is intuitive, personal and highly visual. ... more

Bandcamp Daily  your guide to the world of Bandcamp